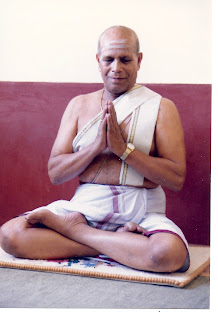 He left his body this day, May 18th, 7 years ago.
He was a very special person who contributed greatly to many people’s lives by bringing yoga into their lives. This is an amazing gift that will continue to affect us and many others for generations to come. We thank him deeply for this. 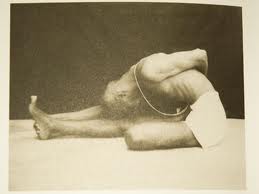 Gerald learned the first 3 series directly from Pattabhi Jois. I learned the series through other teachers but was very fortune to finally study with him in 2003 in Mysore plus 3 other times when he was travelling to New York City.
He was a great source of inspiration in changing both of our lives and then bringing us together. We will continue to spread the practice of this man for the rest of our lives. His memory will last lifetimes with respect and affection. 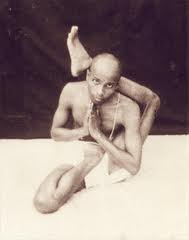 Pattabhi Jois was born in the South Indian village Kowshika. At twelve years old he attended a demonstration and lecture given by Krishnamacharya at his high school. When Guruji saw the yoga demonstration he was immediately inspired to take up yoga practice. He went to meet Krishnamacharya the next day and started his yoga practice.
Guruji moved to Mysore to study at the Sanskrit college where he became a professor and was invited by the Maharaja to start a yoga department. He continued his studies with his Guru, Krishnamacharya for 25 years and was instructed by him to each this method. He did so for more than sixty years. Even near the end of his life, his energy and strength amazed me!!!
Sharing a few photos of my time in Mysore, many years ago now, time flies!! 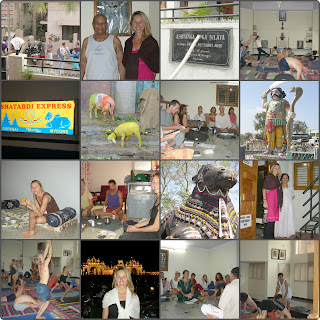